Deep in the jungle the flesheaters are waiting. 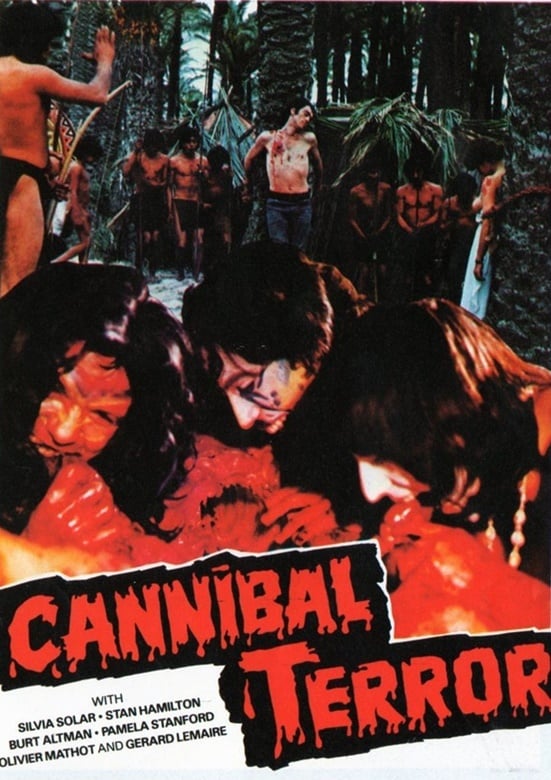 Two small-time hoodlums, MARIO and ROBERT, get set for a big job: with the help of LINA, whom they have taken under their wing, they kidnap a young girl, Florence DANVILLE, and hold her for a large ransom. But things get out of hand they have to hide out in a friend’s house.

Their friend ANTONIO, a one-time thug, keeps alive trading with the natives in a nearby jungle forest. MANUELA, who shares ANTONIO’s life, is raped by MARIO. The girl decides to get even. MANUELA warns the kidnapped girl’s parents, who enlist the help of an ex-mercenary, mount an expédition and track down the gangsters.

Cornered, the latter only have one means of escape: through the forest. The DANVILLES, after many a close shave, succeed in reaching the native village and parley their daughter – who had meanwhile been adopted by the tribe – out of their grasp.