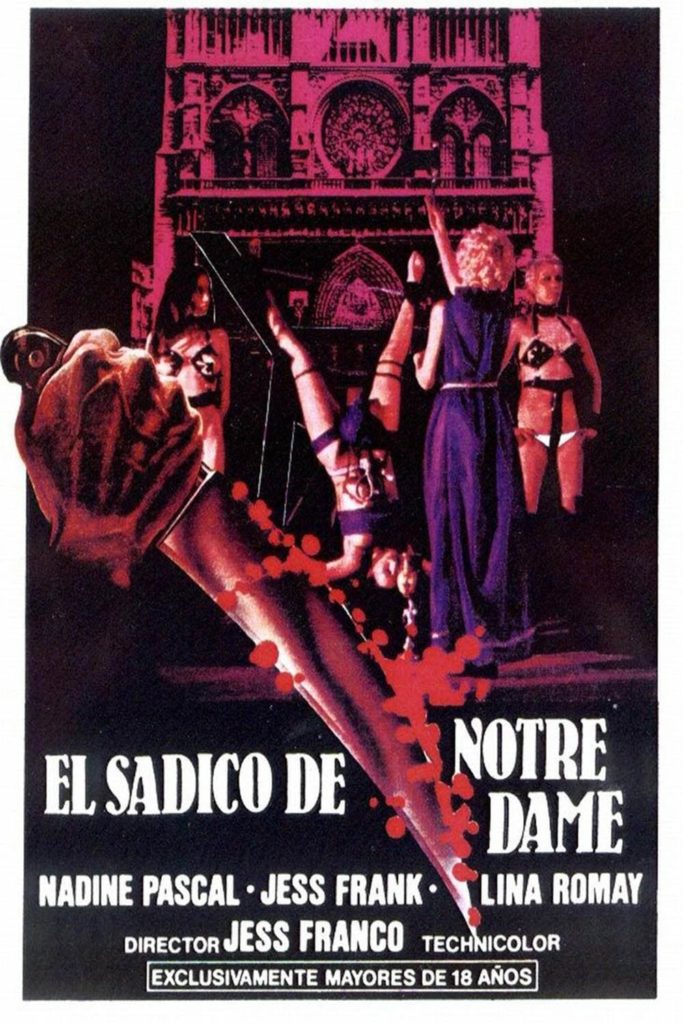 In a street near Notre-Dame, an escapee from a mental hospital attacks an innocent woman and kills her.
Later, confessing to a priest, he says his mission is to exterminate all women, whom he considers prostitutes.
Later, propositioned by a prostitute, he knifes her.
The police are brought in but find no clues . . . until one
day, when thetrail leads to the home of a publisher.
There, in an article about to be published, they read,
” Every night, the murderer goes to pray in Notre-Dame.” Voila, the manhunt ensues!