THE GIRLS OF THE GOLDEN SALOON 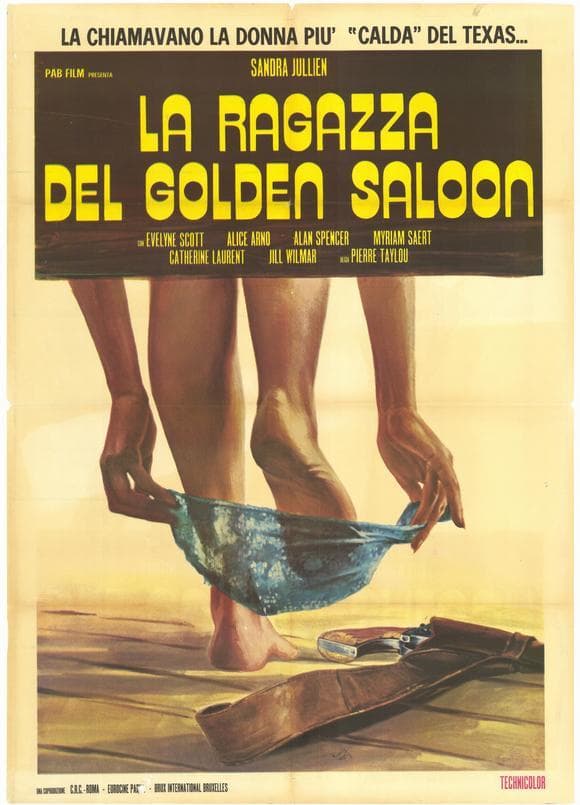 To the regret of some of its citizens, the state of California becomes part of the United States.
The small town of Harriba Lannana is run by a new governor, a man without scruples, surrounded by a group of ruthless men who kidnap the local girls and place them into a local brothel, the Golden Saloon.
At this point, Richard le Noir intervenes. One of the girls, Molly tells him how one day, while walking through the country side, she was savagely assaulted and carried off, with other girls like herself, to the Golden Saloon.
Richard dresses up as a woman and, with his group of volunteers, disguised as a new shipment of girls for the Golden Saloon, liberates the girls.
In the course of a celebration party, the girls Richard saved show him their gratitude in the only way they know !