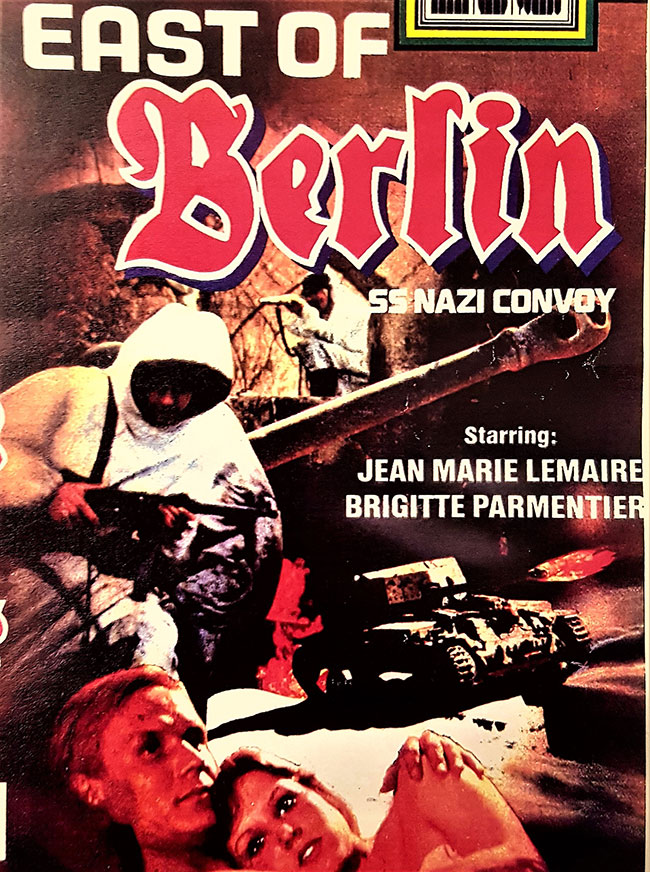 Title
East of Berlin
Director
Pierre Chevalier, Jesús Franco
Actors
Brigitte Parmentier, Jean-Marie Lemaire, Henri Lambert, Monica Swinn, Michel Charrel, Pamela Stanford, Michel Danjou, Carine François, Jean Tolzac, Claude Boisson, Herbert Fiala, Fanny Magier, Jocelyne Dorian, William Franke, René Douglas
Production
Eurociné
Runtime
1 h 28 min
Release Date
1 enero 1978
Genres
War, War
Overview
Eric, a brilliant young German officer, is transfered back to Berlin.His superior officer tells him about his new assignment on the Russian front and then invites him to a luxurious villa. Gathered in the mansion are the most beautiful women: the army's special services could enroll for the pleasure of its returning heroes.Eric is stupefied to recognize Renata among the women, who are all ready and willing to make love with any officer present. Not many years ago, while still students, Renata and Eric had been very much in love. After making love in a room put at their disposal, Renata tells him that she had no choice but to accept joining the army as an official camp follower: her father's survival depended on it. The following morning, Renata leaves in a special women's convoy for Eastern frontwhere they are scheduled to entertain hard-pressed officers and men. Will Eric and Renata's love survive those adventures?
Producer
—
Country
France
Certification
—
Author
—
Writer
Jess Franco, Marius Lesoeur
Director of Photography
—
Original Music Composer
Daniel White
Languages
Français

In Berlin, just before World War II, Renata, a beautiful blond and Eric, a talented pianist, become engaged. They look forward to living happily ever after. However, the War breaks out and after a moving farewell, Eric leaves for the front.
Several months later, Renata enlists in the women auxiliary corps. After a series of misadventures, Renata winds up at the Russian front. She witnesses the savage battles taking place in the snow-covered landscape. After one particularly fierce battle, Eric and Renata meet by chance. The Germans have been defeated and pushed back. And the young lovers decide to flee together in a sled, but find they cannot escape the horrors of war. 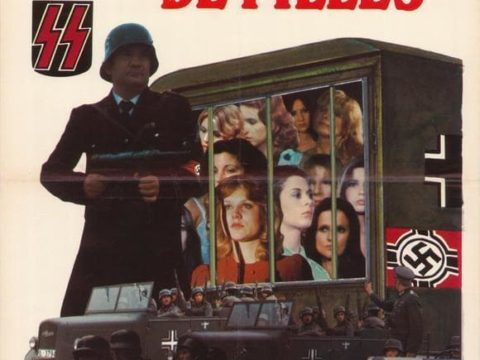